It’s been quite a week for the Group, culminating in a very successful first running day of 2015 on March 28th. As well as another flawless performance from D5310, 6940 made a welcome return to traffic after bogie repairs, hauling her first train for 18 months and breaking new ground for the class in the process by working back from Corwen on the last train of the day. Thanks to Joe Wellsteed for snapping a lot of happy faces with the “Beast of Berwyn” after safe arrival back at Llangollen. She is also seen below at Carrog, with the Class 104 DMU in the background on a driver experience.

Much work has been undertaken over the Winter to repair the damaged liner plates on number 2 end bogie, culminating in a working day on Wednesday 25th March where the 37 was started after a deep battery charge and careful preparation. D5310 also received some maintenance and preparation for the year ahead this week, with oil, battery water and grease levels attended to along with a clean and some much-needed new windscreen wipers. Tom Shilliam is seen below attending to the driver’s windscreen wiper on No 2 end. 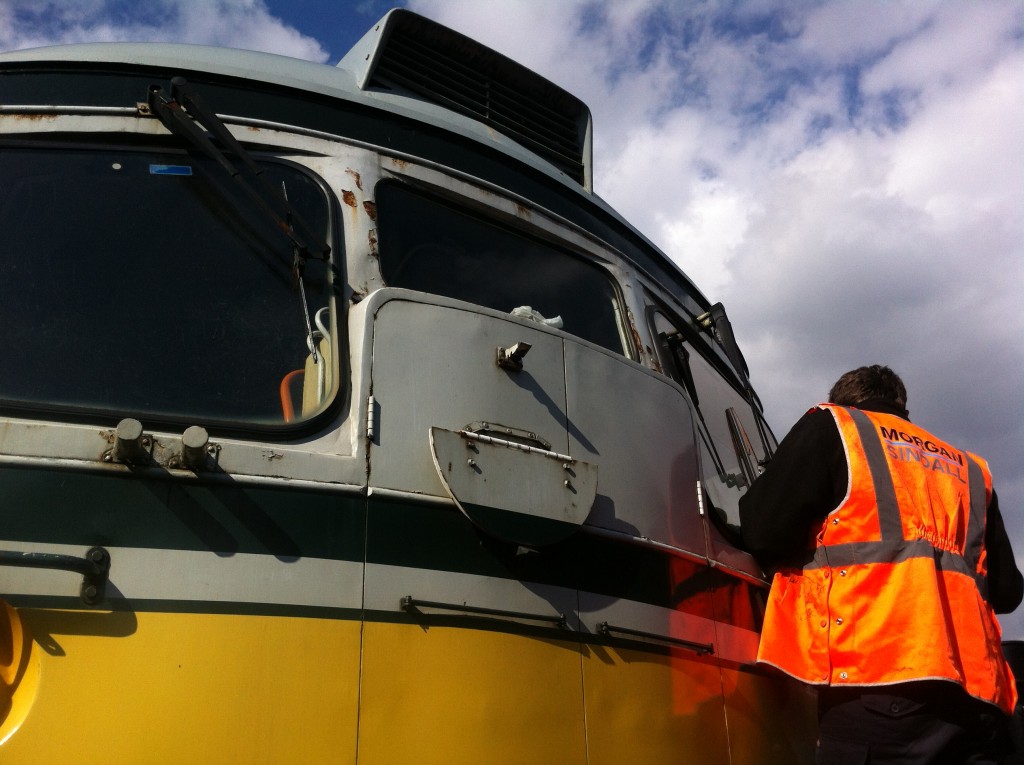 And smoke from 6940’s exhausts was a most welcome sight after a long absence: 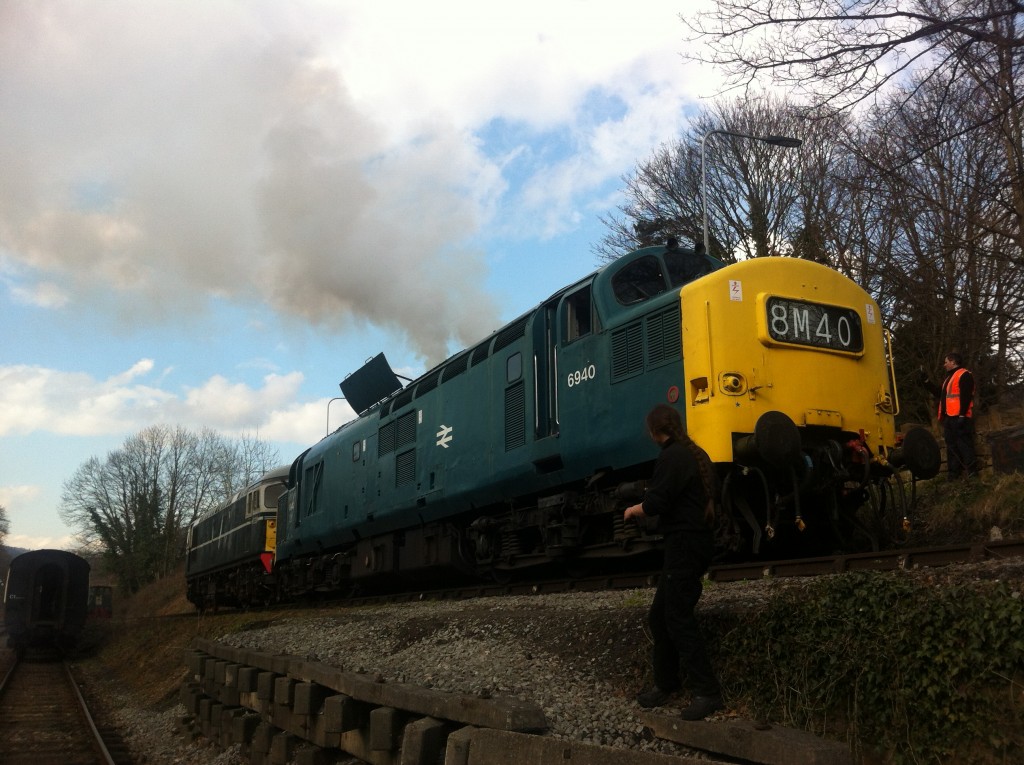 A fault with a sticking Oil Pressure Switch (OPS) contactor on the 37 prevented the loco from running for a sustained period, but this was resolved early on the 28th March running day, allowing the rest of the locomotive and it’s systems to be thoroughly examined. Heroic efforts by Mark Smales, Pete Edwards, Iain Ross and Paul Williams saw a number of issues associated with a lengthy period out of use resolved to the point where 6490 was able to double-head the last train of the day with D5310. This was the view to be had from D5310 at Llangollen on the 15:10 – windows full of nose! 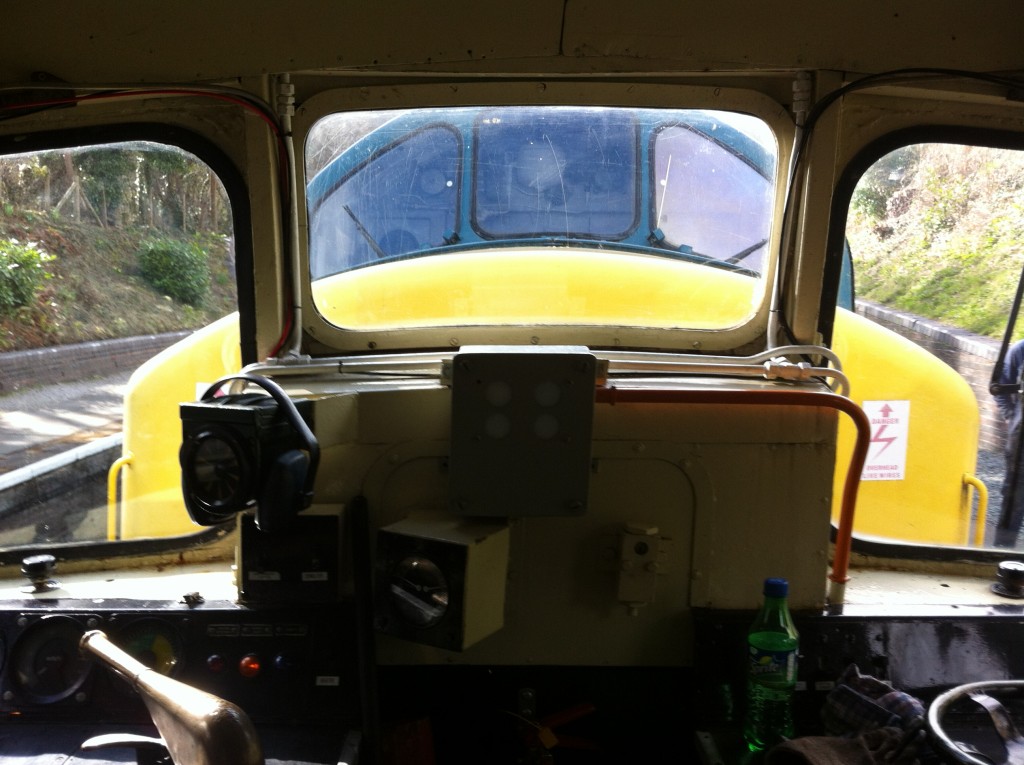 6940 successfully completed a return trip, running round at Carrog to haul the train back from Corwen. In doing this she made history for the class, being the first EE Type 3 to work West of Bonwm and haul a train away from Cowen. Although this is very encouraging news and better progress than we could have hoped for after such a long time out of traffic, there are still some issues to sort. An earth fault required 2 traction motors to be isolated, which will require further investigation and there were also several other minor problems which require attention. Nevertheless, the Group are hopeful that 6940 will be able to run again this year. We would like to thank everyone who supported our running day and will provide a further on 6940 in due course. In the meantime here’s a very retro-themed view of our TWO operational locomotives (that feels great to say!) at Llangollen in 2015.